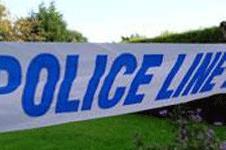 An engineer was killed yesterday after falling 70ft into a river when his cherry picker vehicle toppled over during an inspection of a railway viaduct.

The man was working for SW Global Resourcing, a firm contracted to carry out work for Network Rail.

The incident occurred in Stewarton, Ayrshire, at around 9.35am.

Police said the man, believed to be in his forties, was inspecting the viaduct from below.

A spokesperson for the British Transport Police said: "The man, who died at the scene was working as a contractor for Network Rail and would appear to have a fallen a height of approximately 70ft into a river below.”

"Officers from British Transport Police and Strathclyde Police are at the scene and enquires into the circumstances surrounding the incident are ongoing.”