David Speight previously worked for Lendlease on the 2012 Olympics 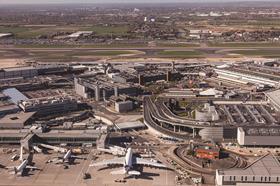 The ex-head of civil construction at Hinkley Point C has been appointed project delivery director for expansion at Heathrow.

David Speight worked at Britain’s only nuclear new-build for seven years, having joined EDF in August 2012 as head of construction pre-planning.

Before that he was senior project manager for Lendlease, working on the London 2012 Olympics athletes village.

Building understands Speight left in April as his job became redundant, with EDF not seeking to replace him.

A spokesperson for the French energy giant said the site remained under the “robust” leadership of construction director Robert Jordan, Speight’s former boss.

He said: “The project is now changing from enabling to bulk civil construction and we are reorganising to reflect the rise in complexity and volume.”

“We wish David well in his new role at Heathrow.”

In his new role Speight will be involved in choosing four candidates to run offsite logistics hubs for use in the construction of a third runway at Heathrow.