The mixed-use project is for Malaysian investor AlloyMtd 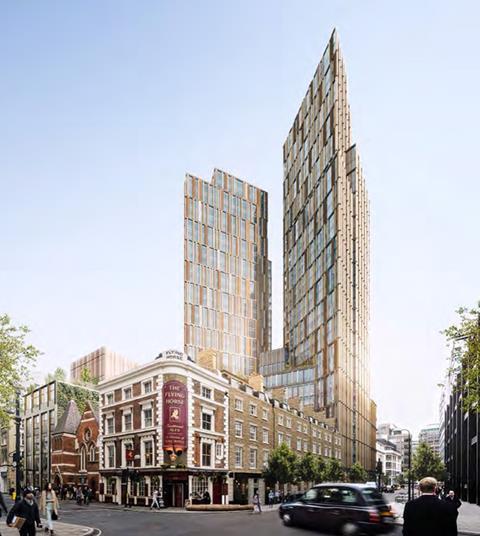 Mace is being lined up to build a Malaysian-funded £450m mixed-use scheme in Shoreditch, while Gardiner & Theobald has recently replaced Aecom as quantity surveyor on the project, Building has learned.

The site is located just outside the Square Mile, down the road from Swiss bank UBS’s Make-designed Carbuncle Cup-nominated 5 Broadgate groundscraper.

The One Crown Place project - which won planning permission from Hackney council in July last year - comprises office, residential and hotel use spread across a cluster of buildings including two towers, rising to 33 storeys. It has a gross development value of £450m.

The KPF-designed scheme is being developed by Malasian investor AlloyMtd, which bought the land in June 2013.

CBRE is acting for the client on the project, while AKT II is structural engineer.

AlloyMtd Group president and chief executive Dato Azmil Khalid said at the time of planning approval that One Crown Place would bring “positive benefits” to the area.

The deal included an £8m contribution from the developer towards affordable housing in the borough.

Mace and G&T have been contacted for comment. CBRE confirmed that G&T had replaced Aecom on the project, but otherwise declined to comment on the scheme.