South Yorkshire Facade and Glazing Solutions has gone under.

Rotherham-based FGS called in administrators on Monday – with staff told late last week that the business would not be reopening following the Christmas break. 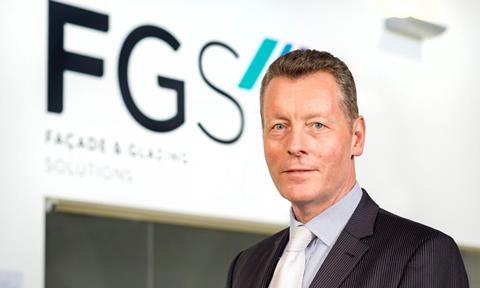 Taking to social media, one former employee said: “I should have been returning to my position at FGS after the Christmas/New Year break; eager to kick off 2020 recharged and focused.

“Instead, I am searching for employment following the demise of FGS after 14 years with the company.”

FGS has not published any financial accounts, with its first set due by 21 March this year.

Last October, FGS chief executive Craig McGilvray (pictured), who was previously a managing director at Balfour Beatty, said: “We are pleased with our financial progress and remain on target to break-even in 2020 and to achieve a turnover of £50m by December 2019.”

He said the group had completed more than 100 projects in first year of trading as a standalone business. It was divested from French multinational Saint-Gobain Group 12 months earlier.

The firm has worked on a number of high-profile jobs including a UCL student centre built by Mace, the V&A Museum in Dundee, built by Bam, and the Stirling Prize-shortlisted Macallan Distillery in Scotland, designed by Rogers Stirk Harbour + Partners and built by Robertson.