Scheme to provide 120 homes in Worksop

Faithful & Gould has been appointed as project manager on a £15m modular housing scheme in Nottinghamshire.

The 120-home scheme, which is in the town of Worksop, is Bassetlaw council’s first modular residential development and is part of its plan to boost council housing in the district. 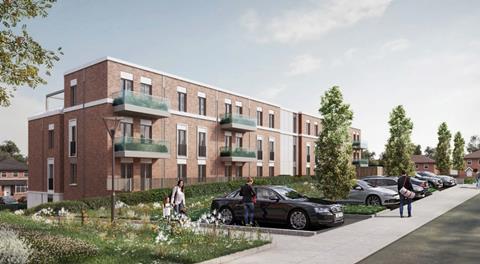 The modular scheme will provide 120 homes in Worksop

It will include one apartment block with around 30 homes and 95 bungalows consisting of mostly two and three-bedroom homes.

Faithful & Gould, which was appointed to the scheme via direct award through Pagabo’s professional services framework, said the modular approach would enable the scheme to be built “quicker, more cost effectively, and crucially, at a consistent and high quality”.

The consultant will also act as the scheme’s principal designer and has appointed a design team of SMEs based in nearby Nottingham including lead architect Lungfish Architects, which is part of Scape Group, and consultants Dice Consultancy and BEC Consultancy.

Construction is expected to start in spring next year with completion slated for spring 2022.

The scheme is located about 4km from Laing O’Rourke’s £150m Explore Industrial Park, one of the largest offsite manufacturing facilities in Europe.