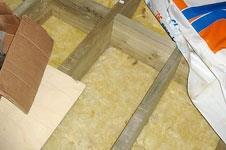 Redundancies have been announced at British Gypsum, in the latest round of job cuts to hit the building industry.

Sixteen workers will lose their jobs at its Robertsbridge manufacturing site, whose products include plasterboard and dry-lining.

Operations manager at the site Mike Emson told the Rye and Battle Observer that “the continuing general economic situation has led to many challenges for the construction in the face of a sharp decline in demand”.

He added: “It is therefore with regret that an announcement to scale back production has been made resulting in the loss of jobs at the site.”

British Gypsum employs a total of 1500 people and expects to make 16 redundancies, with the affected workers leaving in early March.

Emson said that consultation with the affected employees has now begun.