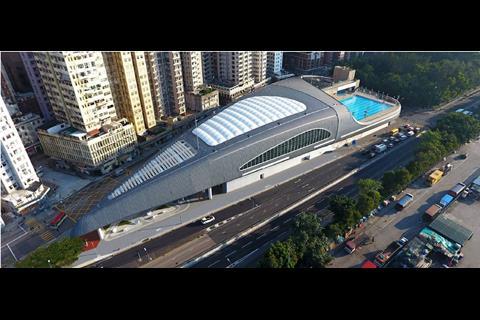 Aerial view of the complex 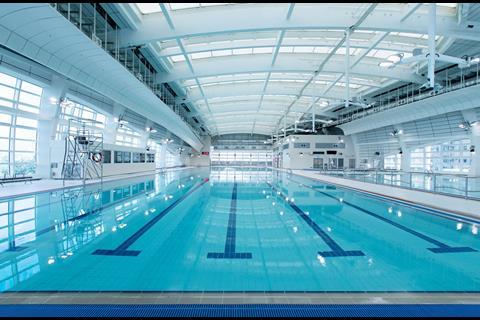 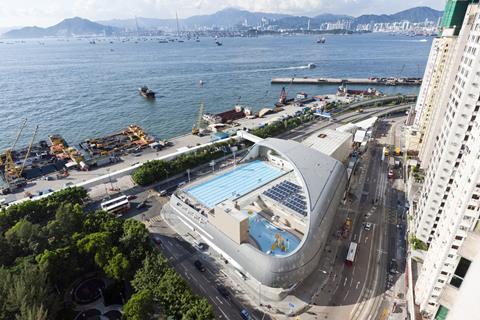 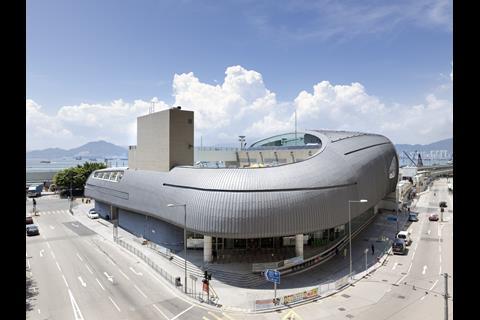 Farrells has completed the final phase of its Kennedy Town Swimming Pool development in Hong Kong, almost six years after the project’s first phase opened to the public.

Tied to the construction of the territory’s MTR West Island Line, the futuristic building is constructed on reclaimed land used as a surface car park since the 1990s.

Farrells was commissioned to design an underground station for the West Island Line’s extension to Kennedy Town and the site of the former Kennedy Town Swimming Pool was chosen – resulting in the replacement baths complex.

Two outdoor pools at the new Kennedy Town facility opened to the public in May 2011 but a portion of the new pool site was needed for construction work on the underground line so the start of the complex’s second phase was placed on hold until 2014.

Farrells said the low-lying form of the new pool building respected the panoramic views that nearby residents enjoyed prior to the development and drew its “shell” inspiration from its proximity to the harbour.

Indoor facilities include heated 50m and 25m pools as well as a jacuzzi.