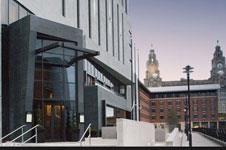 Amec is forking out £2.5m to repair cladding at a Liverpool hotel three years after it opened.

The firm, which sold its construction arm to Morgan Sindall in 2007, has been dragged back into the building industry after the facade of Liverpool’s Malmaison started to crumble. The problem came to light when stonework started to come loose and a survey revealed it would have to be redone.

A source close to the project said: “It’s basically been condemned. Some of it has to come down and a lot of it has to be replaced.”

Amec was the main contractor on the £21m hotel, which opened in 2007, and is still responsible for the work, owing to a warranty in the contract.

A source at Amec said: “It was a subcontractor that carried out the work, but we were the main contractor. As we’re not in construction anymore, we’re just footing the bill.”

It’s basically been condemned. Some of it has to come down and a lot has to be replaced

The subcontractor that carried out the £2.5m cladding contract was a Chester firm called Weatherwise UK. The £15m-turnover company entered administration in February 2008. A statement by administer

Grant Thornton at the time said it was experiencing cash flow problems owing to “sizeable claims” on projects including the Malmaison and Wembley stadium, where it took a year longer than expected to put up the £4.5m roof.

Another Chester firm named Weatherwise (Special Projects), which is run by four of the same directors as Weatherwise UK, is still working in the cladding sector. Its owners declined to speak to Building.

Amec has hired Hyde-based cladding firm Red Architectural to put the problem right. Red was due to meet Amec and Malmaison at a site meeting on Wednesday.