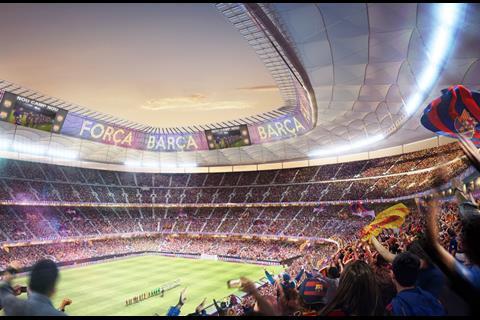 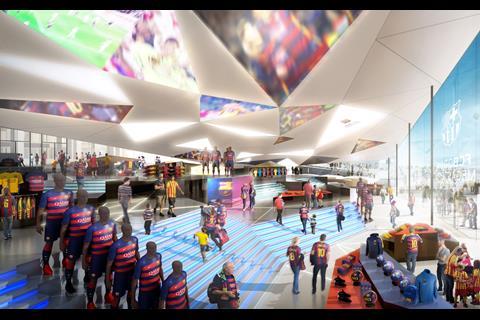 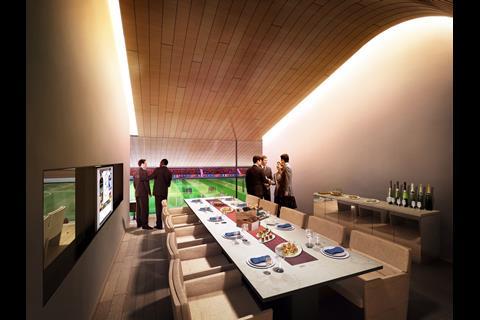 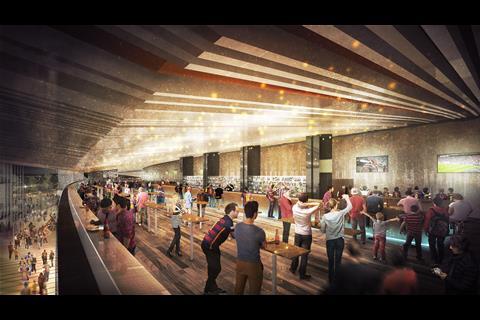 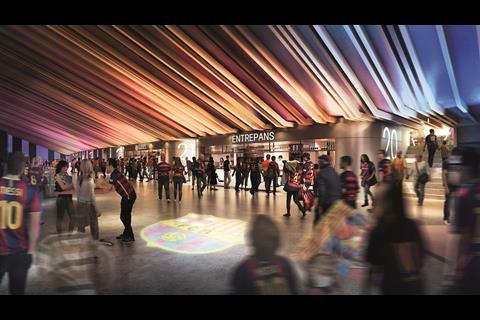 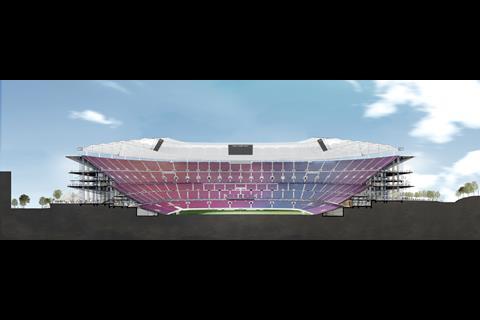 FC Barcelona has unveiled new images of the proposed extension to its Camp Nou football stadium.

The plans – presented by FC Barcelona’s president Josep Maria Bartomeu and players including Lionel Messi and Andres Iniesta in the Camp Nou’s grandstand – will see the stadium’s capacity increase from 99,000 to 105,000.

Barcelona said the project will convert the current stadium into a new Camp Nou without a conventional façade.

The overhanging roof which currently sits over the main stand will be extended across the stadium and will also extend outside the stadium to provide cover for areas around the venue.

The club added that the new stadium will be built to the “highest standards of sustainability”, using solar energy and collected rainwater from the roof.

Construction on the £278m project is expected to start during the 2017/18 football season and is due to be completed by 2021.

Barcelona said construction will happen in stages without interruption to matches at the current stadium.