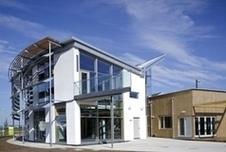 The materials giant will petition to have 15 small businesses wound up in bid to recover debt, according to reports

Building materials group Wolseley will head to court later this month in a bid to recover what is thought to be hundreds of thousands of pounds worth of debt, according to weekend press reports.

The troubled firm, which swung to a pre-tax loss in the six months to January 31, will petition to have 15 small businesses wound up in Birmingham County Court on April 22.

Last month, Wolseley revealed a first half pre-tax loss of £965m as a result of restructuring costs and goodwill writedowns on acquisitions. The figure compares to a profit of £79m in 2008.