Final bill for Crossrail still up in the air, scheme's boss admits 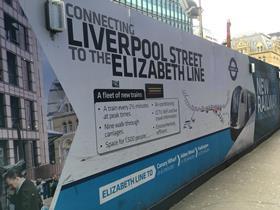 The final bill for completing the central section of Crossrail is still up in the air, the scheme's boss has admitted.

In his monthly update to the chair of the London Assembly's transport committee, chief executive Mark Wild said some risk needed bottoming out before he could put a firm figure on the section that links Abbey Wood in the east and Paddington in the west.

He told Florence Eshalomi: "Work is continuing to align the final forecast cost for the central section of the route.

"Since receiving the schedules from our Tier 1 contractors, calculations have continued alongside further discussion and internal scrutiny. However, there are still some elements of risk around the project to be identified before a full cost can be reported."

The estimated cost of completing the full project, which will see trains run from Shenfield in Essex to Reading and Heathrow, currently sits at £17.6bn after co-sponsors the Department for Transport and Transport for London agreed to stump up an additional £2.8bn toward the scheme in December last year.

Wild's admission is not the first time doubts have been raised about whether Crossrail can be delivered within its revised budget.

In May, the Public Accounts Committee said it was “unconvinced” Crossrail’s £2.8bn bailout would be enough, criticising executives for their “unacceptable” inability to explain delays.

The select committee charged with monitoring public spending said Crossrail has been plagued by an “overriding culture of over-optimism” since 2016, when the project programme began to slip.

And in the spring, a minister from the Department for Transport also said finishing Crossrail could still cost more. Tory peer Baroness Sugg said the government was still not sure whether the additional funding poured into Crossrail would be sufficient to get the project across the line.