The 62,000-seat venue features hanging nightclub space – but concrete is still being poured on site 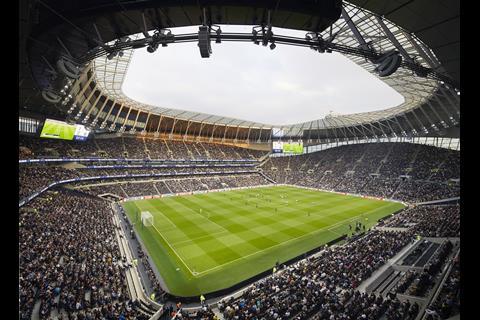 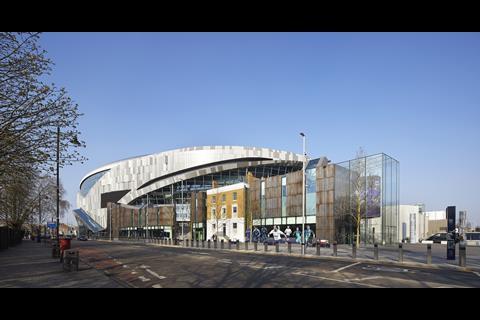 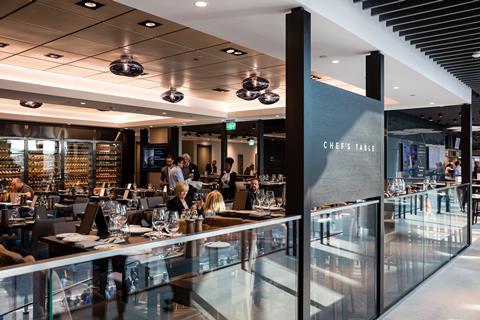 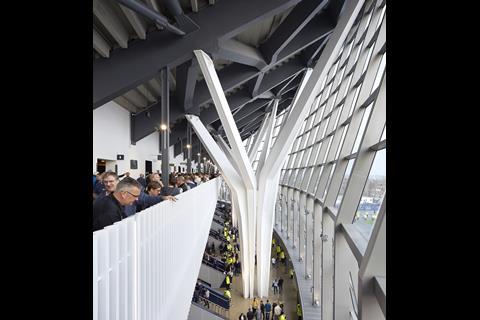 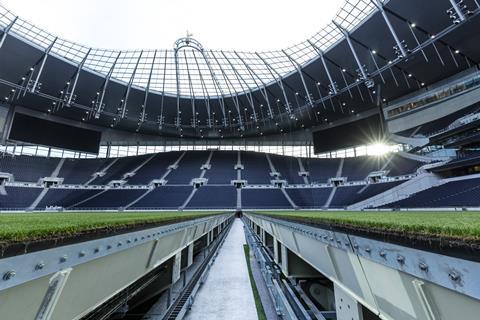 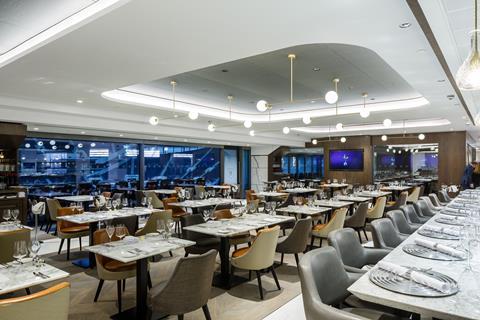 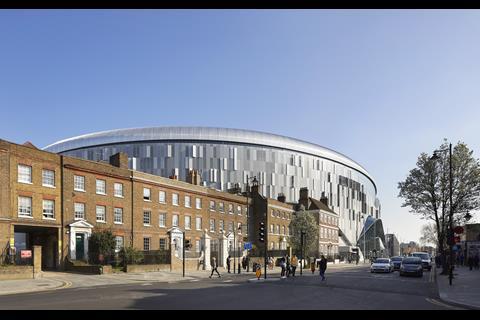 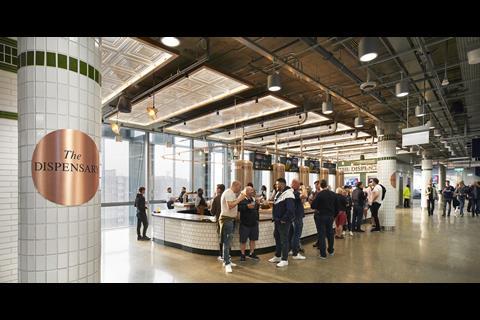 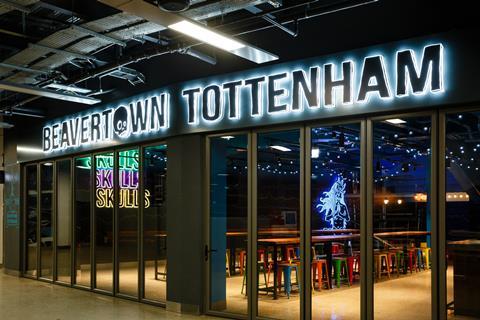 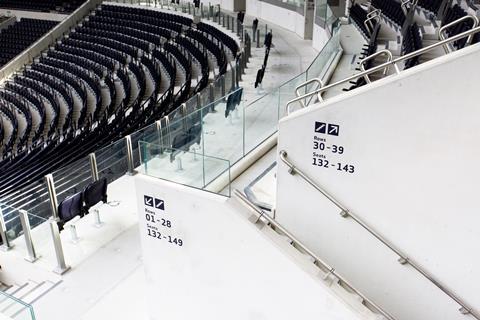 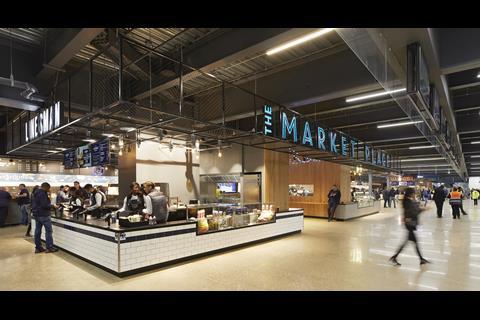 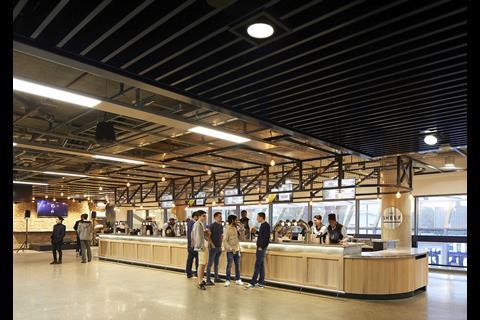 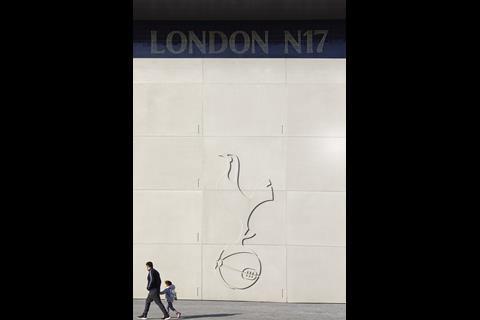 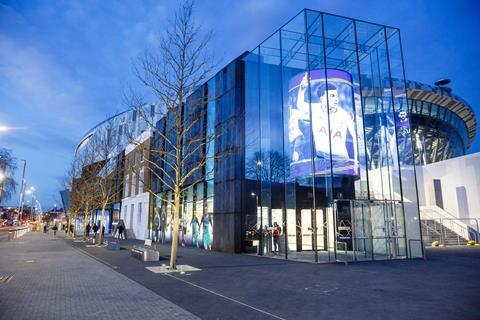 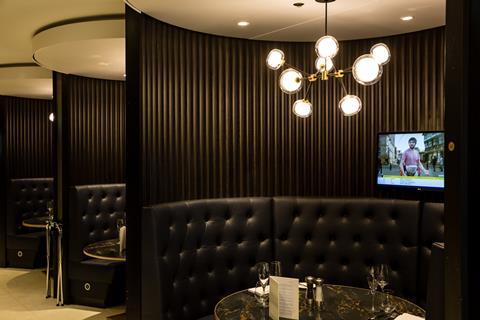 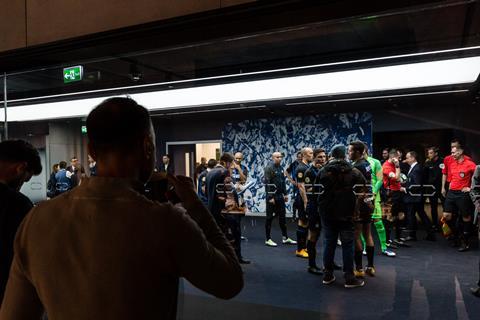 Work at Tottenham Hotspur’s new £1bn new stadium is continuing as the club prepares to take on Crystal Palace in the first official game at its new home tonight.

McLaren started constructing the first phase of the stadium scheme – retail and commercial space north of the stadium – way back in 2012, with Mace handed the main job under a construction management contract in 2015.

Now, eight months after the job was due to be finished, the 62,000-seat stadium will host its first Premier League match after two test events were carried out at the end of March.

The nine-storey stadium contains 998m2 of television screens, three ‘feature bars’, an entire brewery, a grass pitch which can be slid away to host American football games and countless luxury bars and restaurants.

But construction works continue with concrete being poured outside an entrance to the 17,000 capacity South stand and unfinished work at the site clearly visible (see pictures below).

Spurs has confirmed it is already talking to contractors about the construction of a 180-room hotel to the south of its new stadium.

Foundations for the hotel, which was also designed by main stadium architect Populous, have been laid as part of construction works.

Building understand the club is trying to have the hotel built as soon as possible so it can house travelling National Football League teams.

The stadium itself is the world’s first dedicated to NFL outside the US – with the grass football pitch able to slid away and stored so an artificial pitch 1.5m below can be used.

But currently there are no obvious places for visiting NFL teams to stay.

As well as 180 rooms, the hotel development is set to feature ground floor commercial space and 45 residential units.

Three residential towers designed by Allies and Morrison are also supposed to be built to the south of the stadium, on the other side of a manicured plaza the size of Trafalgar Square.

But Donna-Maria Cullen, Spurs’ executive director, admitted: “We haven’t got a timing on [the residential schemes] yet as our sole focus has been on the stadium.” 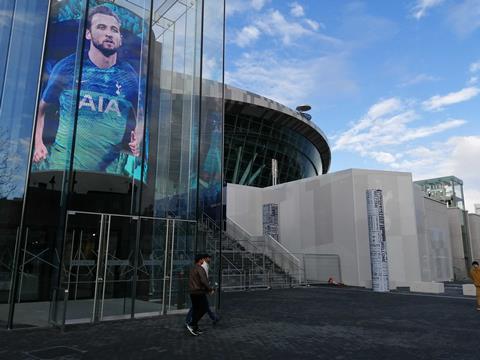 Foundations for the planned hotel have been built to the right of the ’Tottenham experience’ building, on the other side of a set of stairs.

The renovation of the site’s grade II-listed Warmington House, which is being turned into a museum depicting local history along with the club’s, is also still ongoing – with scaffolding and wrapping still on the building.

And snagging inside the stadium is ongoing with teams working to complete jobs.

Some areas of the stadium, which also contains Europe’s longest bar and the world’s first nightclub space hanging from a stadium roof, will not be opened in time for the Palace game.

A source close to Mace admitted it still has some staff on site but said it officially handed over the stadium to Spurs in the middle of last month.

The source added that all remaining work was being managed by the club itself.

Donna-Maria Cullen, executive director of Spurs, declined to comment on how many builders were still at the site but said a number had now been employed in-house by the club.

They think it’s all over but not quite…

The pictures below show work continuing at the site ahead of the Crystal Palace game tonight. 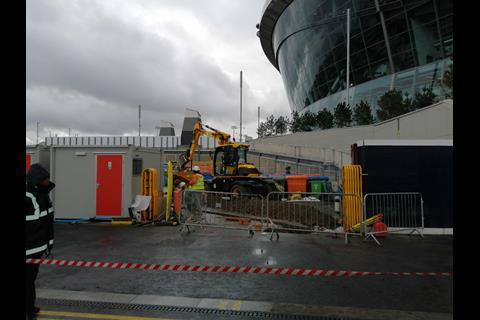 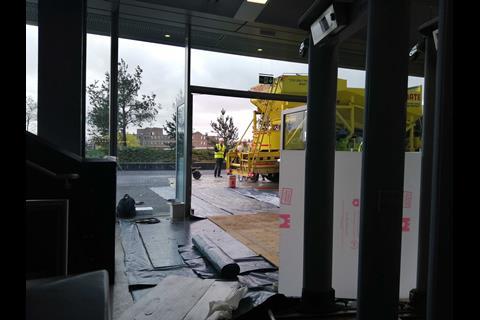 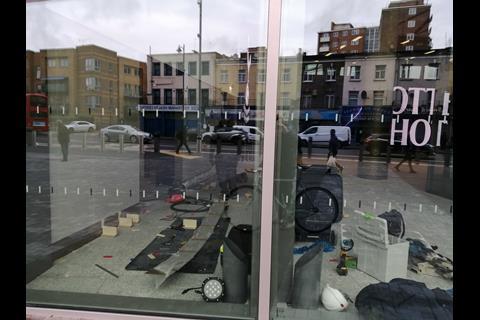 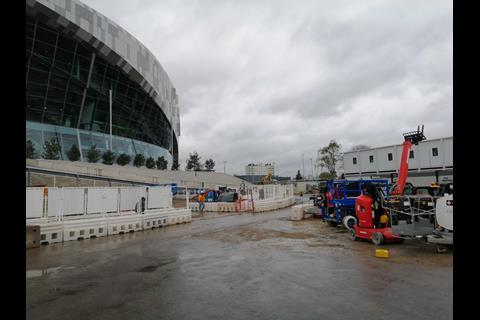 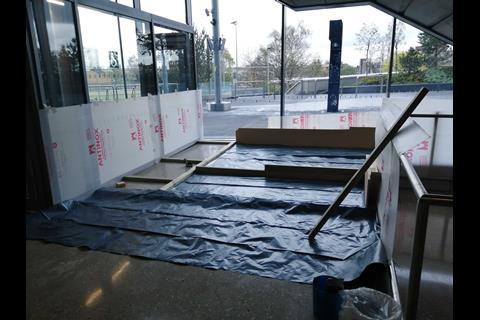