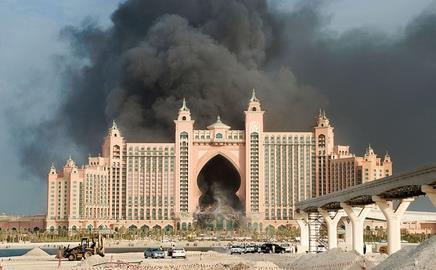 Fire raged this week at the massive 1,500-room Atlantis luxury hotel on the man-made Palm Jumeirah island in Dubai, just three weeks before it was due to open.

It is being built by Laing O’Rourke for luxury resort developer Kerzner. The fire, reportedly started following a welding accident, damaged the hotel’s entrance and lobby. The hotel chain denied media reports the fire would delay the opening of the hotel by three to six months.