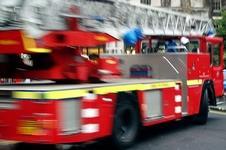 A PFI contract worth £135m has been put out to tender for the building of 10 fire stations in Staffordshire.

Stoke-on-Trent and Staffordshire Fire and Rescue Authority is holding a bidders' briefing for the contract on 12 April. The deal will also include building training facilities.

Staffordshire Fire and Rescue Service has previously awarded a £46m PFI deal for the building of 10 fire stations, which was won by the Fire Support consortium, led by Bilfinger Berger Project Investments, along with German bank Nord LB and construction firms Thomas Vale and Stepnell.

Building work on that contract is due to be completed next year.