The firm behind the fit-out of the King’s Cross headquarters of the Beatles’ record label said it expects workloads to jump above £200m this year.

BW completed the work at Eric Parry’s Four Pancras Square which Universal Music, whose other acts include Lady Gaga and Miley Cyrus, moved its 1,000-strong team into in the middle of last year.

Universal picked up the Beatles’ back catalogue with its purchase of EMI in 2012, which included the Beatles’ record label Parlophone.

Anthony Brown, sales and marketing director of BW, said the firm was expecting to see revenue push beyond the £200m figure in 2019.

Brown said the firm was positioning itself as an alternative to the big two fit-out contractors – Morgan Sindall-owned Overbury which had a turnover of £831m last year and ISG whose fit-out business had income of £609m in 2018.

He added: “There is a real appetite for a credible third player in the space."

Brown, who is also one of BW's nine owners, said BW's margin was sitting at just under 3% and that the firm was hoping to see this increase to 5% over the coming years.

He said 40% of the projects the firm completed in 2018, which also included the Finsbury Circus headquarters in the City of London of asset manager GAM, were defect-free at practical completion. The firm is targeting a 50% figure by this year. 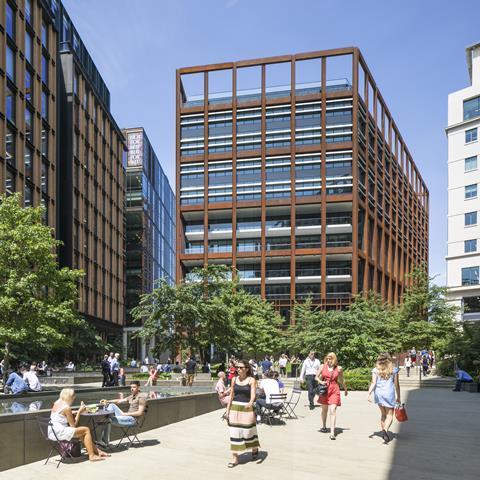 The Four Pancras Square scheme has been designed by Eric Parry