The hospitals programme that will see 40 new facilities built by 2030 has announced details of an initial £2.5bn of work about to go up for grabs.

The New Hospital Programme has unveiled its first commercial pipeline of work, which includes 11 deals that are at the market engagement stage or will be later this year.

This includes an alliance framework worth more than £1bn that will be used to develop and build the eight hospitals known as “pathfinders” that will help shape how the remaining facilities are delivered.

Other deals include the £300m job to build a new Cambridge Cancer Research Hospital and a number of professional services deals worth hundreds of millions of pounds.

In a LinkedIn post Emma-Jane Houghton, the project’s commercial director, said: “We’ve spoken to many of you since we launched our market engagement campaign last summer and your energy and ideas have been outstanding.

“We are leading the way and championing the Construction Playbook policies as a core part of who we are and what we do. These opportunities represent some of the first steps in the biggest hospital building programme in a generation.”

The document has also revealed the details of seven deals worth up to £46m. These include a £10m deal naming Mott MacDonald as interim delivery partner and a £25m contract with KPMG to be interim commercial partner. 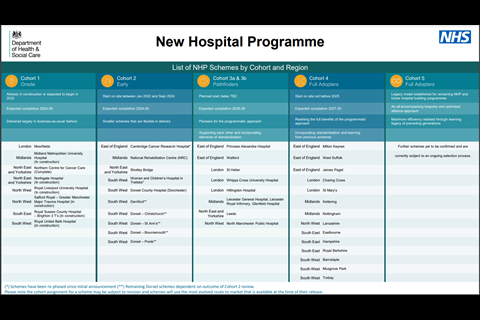 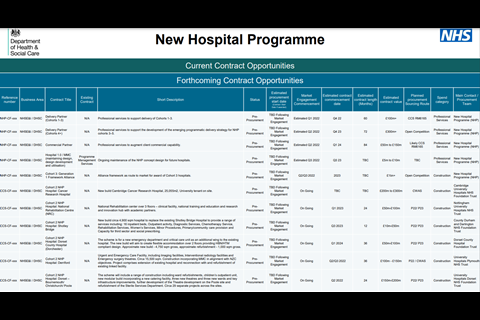