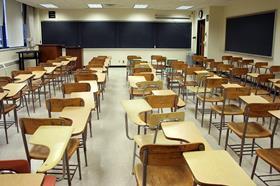 In a Prior Information Notice, published today, the Education Funding Agency said the new regional framework would be worth as much as £5bn over four years, with the framework scheduled to begin operating in July 2014.

The framework will comprise mainly refurbishment and remodelling work with some new build.

The EFA said the value of the projects will typically range between £3m and £5m, but could includes projects from as little as £200,000 up to £10m.

The framework will be divided into 5 regional lots, comprising: London and South-east; South-west; Midlands; North-west; and the North-east (see below).

The EFA said firms bidding for a place on the framework would be able to bid for more than one region but would be required to have a minimum annual turnover of £25m.

The framework will be used for the EFA’s capital programmes, including free schools, University Technical Colleges, academies and basic need and other programmes.

But it will also be made available to other bodies such as local authorities, academies trusts and individual schools.

A supplier engagement day will be held in Sheffield on 18 October to explain the tender process. To attend, contractors should register through the e-tendering portal.

The Department for Education will launch the tender process on 25 November and the new framework will become operational in July 2014.