A quarter of the country’s 40 biggest contractors and housebuilders have decided to report their gender pay gap data six months ahead of when they are required to do so.

Firms with a headcount of more than 250 have been given until 5 October to publish their gender pay gap reports – a six month extension from the scheduled deadline of 4 April, which was Easter Sunday, because of the covid-19 pandemic. 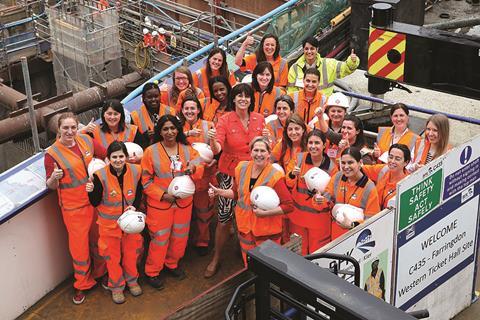 Companies had already been excused from reporting their figures last year because of the pandemic but 32 of the 40 decided to do so anyway.

Gender pay gap reports provide a snapshot of a firm’s payment data on 5 April of the preceding year. This means the reports published this year will provide a view of how businesses were performing on 5 April 2020.

Since 2017, firms with more than 250 employees have been required by law to publish annual gender gaps.

Figures for the country’s biggest contractor, Balfour Beatty, reveal that its improvement continued into a third year with the gap narrowing from 26% in 2019 to 17.8% last year.

But of the firms to report so far, Wates posted the largest median gender pay gap at 47.1%. This is up from 36.8% in the figures it posted last year

By contrast, the smallest median gender pay gap was at groundworks specialist Keller with a gap of 17.6%.

The remaining firms all reported gaps of between 17% and 33%.

Just eight firms out of the top 40 listed below did not report last year. They were Bam, Bowmer & Kirkland, Cala, ISG, Mears, Multiplex, Redrow, and VolkerWessels.

At the time of publishing, data for a ninth firm, Berkeley Group, was not available on the government portal.