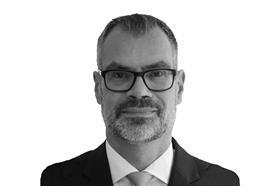 Construction employers in the UK are calling on EU workers to remain in the country despite Brexit, according to the Federation of Master Builders.

Brian Berry, chief executive of the FMB (pictured), said: “Our research demonstrates the extent to which the UK construction industry values its EU workers.

“The UK construction sector is more reliant than most on migrant workers from Europe – at present, 9% of our construction workers are from the EU. In London, this rises to nearly one-third. Given the severity of the skills shortages we already face, retaining these workers is business-critical.”

Key findings from the FMB’s research on how the bosses of SME construction firms view EU workers reveal that 94% of firms described the quality of EU workers they employ as “good” or “very good” while 85% said EU workers were important in allowing their business to maintain and expand its workforce.

It also found that 76% of these firms said it would have a negative impact on the health of their business if any of the EU workers they employ returned to their country of origin, now or post-Brexit.

Berry said: “Our research sends a strong […] message from the construction industry to its EU workers. We’re now calling on the government to step up and help us convince our EU workers that they are needed and warmly welcome.

“Ministers recently announced that those who have lived in the UK for five years, or those who arrive from the EU during the transition period, will be able to apply for settled status. This is a huge step in the right direction, and what we were calling for – yet we question how well the government has communicated the news,” he continued.

“We’re already seeing EU workers return home for financial reasons, or simply because they don’t feel welcome, so time is of the essence.”