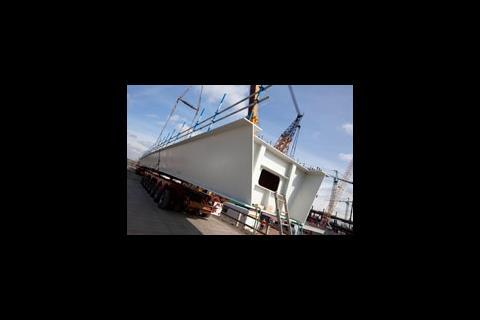 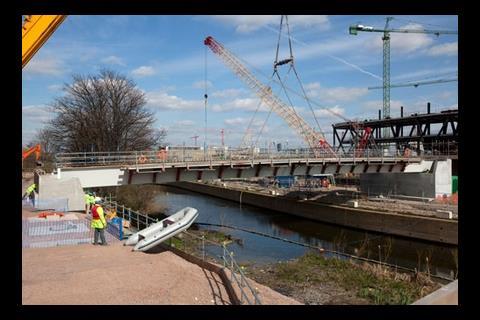 The latest images of work on the Olympic stadium show the first permanent bridge on site being lifted into place.

The 41m footbridge is the first of five crossings that will link the arena, which is surrounded by water on three sides, to the rest of the 2012 park.

Steel beams weighing 88 tonnes have been installed across the River Lea and work on the bridge deck is due to complete by the summer.

Chief executive of the Olympic Delivery Authority, David Higgins, said progress on the bridge into place was an “important milestone” in the run up to the 2012 Games.