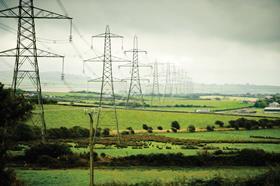 Balfour Beatty and Laing O’Rourke are among five firms selected by National Grid for a £1.5bn substation construction programme, Building can reveal.

Carillion announced at its annual general meeting yesterday that it was one of six major contractors chosen for the framework, which covers the next five years.

However, the National Grid has now confirmed there are only five successful bidders for the framework:

Carillion said yesterday at its AGM that it had so far performed well this year despite challenging conditions with new orders and probable orders in the year to date of over £1.6 billion.

The firm’s selection for the latest National Grid framework follows its appointment as one of four framework contractors chosen to support the National Grid’s £3.2 billion programme to renew and refurbish high voltage overhead line cables over the next eight years.