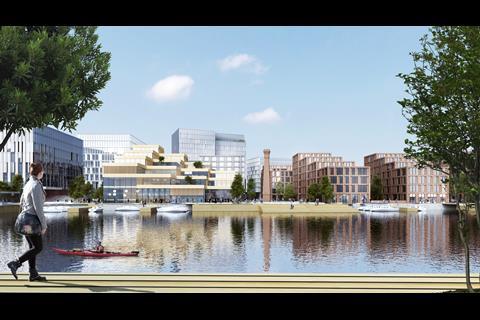 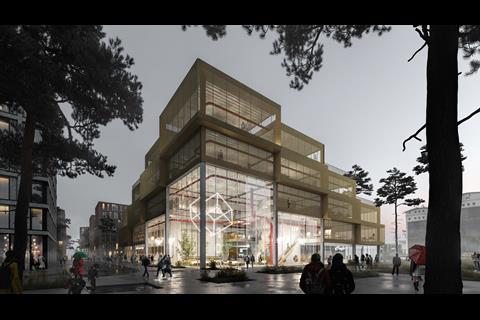 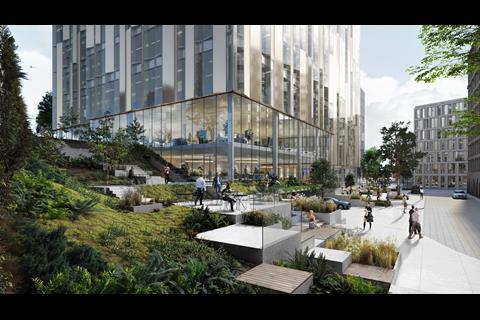 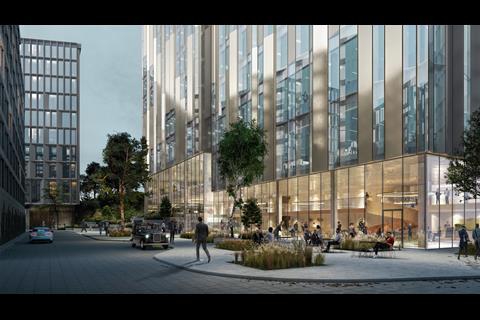 Plans for a £400m mixed-use scheme in Northern Ireland being developed by Flan McNamara’s new company have been given the all clear.

Belfast Waterside, the major regeneration scheme being worked up by Osborne + Co, was given the green light by Belfast city council at the end of last week.

Danish architect Henning Larsen has worked up the masterplan, with Aecom and planning specialist Turley also working on the project.

As well as offices, the scheme includes 750 residential units and a 18,500sq m hotel.

The initial phase of the project is the first of the five office buildings planned for the project.

The Waterside scheme is being developed on the site of the former Sirocco ropemaking works, with the job expected to provide 875 jobs at peak construction.

Vanguard is also working on a 26,000m2 office block on the city’s Argyle Street which has been designed by local architect Cooper Cromar.

McNamara left Sellar in December 2017 after eight years – where he was in charge of building Renzo Piano’s Shard – to join Vanguard Real Estate.