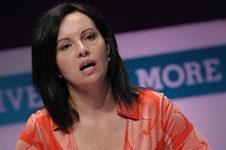 Speaking on BBC2's Newsnight last night Flint said legal advice to the Local Government Association was "spurious" and "unbelievable". "I can only think that they (the local government association) have misrepresented our case to their legal advisors," she said. Flint added that the government would have to adhere to standard planning laws for the proposed schemes.

Responding to claims that the plans were under threat due to the dire state of the housing market Flint claimed that the scheme would not be built overnight and were truly challenging for developers. "The challenge is to have innovation and exemplars. I am not in the business of putting them in locations that cannot wear the badge of eco-towns, hence why some have dropped out."