He was CEO of the contractor for more than eight years 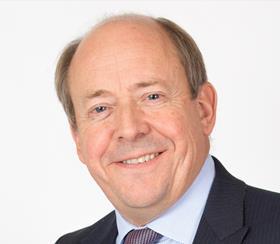 He replaces Sir Richard Mottram, who had held the position since 2008.

Tyler was chief executive of Balfour Beatty for more than eight years from January 2005 before stepping down in March 2013.

During his time there, the contractor diversified globally through acquisitions such as that of global engineering business Parsons Brinckerhoff for £380m in 2009.

Tyler also currently sits on the board of four organisations including housebuilder Bovis Homes, having being appointed as chairman in November 2013, as well as defence contractor BAE Systems.

Andy Milner, chief executive of Amey, said: “Ian is a very well qualified and experienced executive and non-executive, who brings a wealth of knowledge and enthusiasm for the sectors in which we operate.”