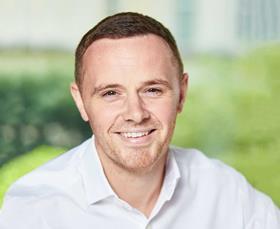 He was previously head of French bank BNP Paribas’s office in London’s West End and before that worked at agent Savills.

Skinner (pictured) will be responsible for growing the developer’s presence in the UK market, as well as delivering its current projects.

The firm first entered the British market in 2013, when it bought 33 King William Street for £63m.

The firm is working on projects including oversite development at Farringdon West Crossrail station and the redevelopment of the 1960s-built Elizabeth House next door to Waterloo station.

Elizabeth House has been earmarked for redevelopment for over a decade but was only acquired by HB Reavis last May.

Plans by David Chipperfield and Allies & Morrison to develop the office block have been scrapped, with the latest plan by architect AHMM going out for public consultation last month.

HB Reavis operates across Poland – where it is developing the country’s largest tower, the 310m tall Varso Place scheme in the country’s capital Warsaw which has been designed by Foster + Partners – Slovakia and Czech Republic, as well as Hungrary and the UK. Across the five countries, the firm has a planned £6.2bn development pipeline.

In July, HB Reavis appointed Joe Martin as director of construction. Martin had previously been wokring for Argent at its King’s Cross redevelopment.