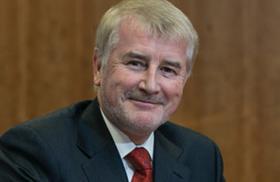 Former London City Airport boss Declan Collier has been named as the preferred candidate to take over as chair of regulator, the Office of Rail and Road.

Following standard parliamentary procedures for a public appointment, the transport select committee will hold a public scrutiny hearing with Collier later this year.

He is expected to start work next January and will succeed current chair Professor Stephen Glaister who steps down in December after three years at the helm.

Collier recently stepped down as chief executive of London City Airport, a role which he held since 2012. Before that he held the same poition at Dublin Airports Authority for seven years.