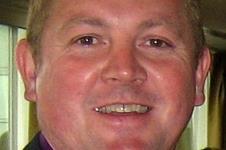 Consultant Malcolm Hollis is battling with the former directors of collapsed building consultancy CNP for the firm’s clients and incomplete projects.

David Nurser, CNP’s former chief executive, set up a firm called Paragon earlier this month to take on the contracts. He was joined by 14 former staff, including 10 directors.

Nurser said: “The company started trading after CNP went into administration and I can confirm that 14 CNP staff members decided to join me.”

Meanwhile Andrew Chisholm, CNP’s former managing director, has been lined up to join Malcolm Hollis as a director.

We are still considering all options with regards to CNP

A senior industry source said that some clients had gone to Malcolm Hollis, others to Paragon and some were still being wooed by both. They said: “They’re battling it out over undecided clients and projects.”

CNP, which posted a turnover of £14.5m last year, sent a letter out to all of its clients on 5 May explaining that the group had been placed into administration after its parent group, LandAmerica, filed for bankruptcy. LandAmerica refused to accept CNP’s proposal for a management buyout.

The letter read: “It is with great regret that we have not been able to agree a formula that enables us to take on the risks associated with the current business. It is therefore necessary for LandAmerica to seek an alternative conclusion to satisfy its creditors. CNP has therefore today been placed into administration while suitors are sought for the business.”

John Woodman, senior partner at Malcolm Hollis, said: “We’re still considering all available options with regards to CNP and are in discussions with a number of CNP’s former directors including Andrew Chisholm.”