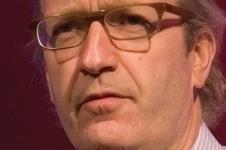 Former Lend Lease Europe chairman Nigel Hugill has been appointed as a special advisor to housing and regeneration quango, the Homes and Communities Agency.

Hugill, who spent three-and-a-half years at Lend Lease and was in charge of the firm's successful bid for the role of London 2012 Olympic village developer, will work alongside chief executive Sir Bob Kerslake for a three-month period.

Kerslake said his brief would be to provide commercial advice on a range of housing and redevelopment projects as well as helping set up a system to help the HCA keep those schemes that had been affected by economic issues going.

He added: “Nigel brings a wealth of property expertise which will be invaluable in supporting our work of maintaining capacity both in the housing and commercial property sector and keeping the market moving during difficult times.”