The former boss of the New York City Transit Authority has been made Transport for London’s new commissioner.

Andy Byford (pictured), who was most recently president and chief executive of New York City Transit Authority, will join TfL on 29 June.

It is a return to the city where he previously ran parts of the Tube after working his way up from station foreman. 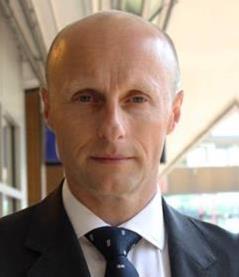 TfL’s current commissioner, Mike Brown, will stay on until 10 July to hand over to Byford and aid his start in the role before he takes up a position overseeing the renovation of the Houses of Parliament.

Brown had been due to take up his new role this month but delayed his departure because of TfL’s funding crisis and the coronavirus pandemic.

In his most recent role Byford was was responsible for 50,000 staff and devised a $40bn five-year investment plan to renew the city’s transport system.

As well as his recent leadership role in New York, his previous positions include chief executive of Toronto Transit Commission in Canada and chief operating officer and deputy chief executive of Rail Corporation New South Wales in Australia.

He has also held various roles at London Underground Limited, where he started as a graduate trainee in 1989 before working his way up to general manager for customer service for the Bakerloo, Central and Victoria lines

Byford is 54 and grew up in Plymouth.