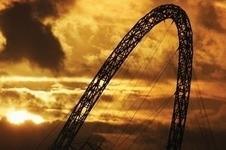 Multiplex, now known as Brookfield Construction, has lodged a High Court writ against stadium architects Fosters and HOK Sport seeking access to workers and records at the companies with a view to carrying out a “full and systematic review” of services provided.

The move is understood to be an attempt by Multiplex to get information to help it in its case against Mott MacDonald, the engineering contractor on the stadium, against which it lodged a £253m writ just before Christmas. The amount claimed is one of the largest in a British construction dispute.

The dispute is related to changes made to structural drawings which Multiplex alleges contributed to delays and therefore cost overruns on the schemes.

The move follows a lengthy legal battle with steelwork contractor Cleveland Bridge, in which Multiplex was awarded £6m in damages and costs. The legal costs of that case amounted to about £22m.

Multiplex reached an out of court settlement with client Wembly National Stadium Limited in which it is believed it was forced to pay out abount £36m.