Foster's Las Vegas tower 'cut in half' after construction blunder 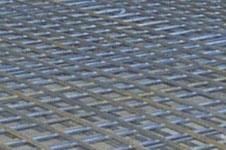 An iconic hotel in Las Vegas designed by Foster + Partners has been topped out 21 storeys short of its intended size due to a blunder in construction.

The Harmon hotel on the Las Vegas strip was to have been a 49-storey signature boutique hotel and apartment development.

But flaws in the construction of the building have forced developers MGM Mirage and Dubai World to cancel the 207-unit apartment element of the building – the top half – and top it out at 28 storeys.

The building will now be dwarfed by neighbouring towers including the 61-storey Aria tower designed by Cesar Pelli and the 57-storey Vdara hotel by Rafael Vinoly.

I'm just worried that other architects are going to say, “I'm not going to work in Vegas - look what they did to Foster.”

The construction errors involve the incorrect placement of reinforcing steel in the concrete in 15 floors of the partially constructed building. Complaints have been filed by Las Vegas County against main contactor Perini Building and Pacific Coast Steel, the subcontractor.

Brian Andrews, a visiting professor at a local school of architecture, told the Las Vegas Sun: “To bring [Foster] in and say 'Okay, design this tower,' and he designs it with a certain proportional system, and then to cut it in half – it's a disaster. And it sends a very bad message to other architects about Las Vegas. I'm just worried that other architects are going to say, 'I'm not going to work in Vegas – look what they did to Foster.'”