Contractors including Morgan Sindall will work on decommissioning Sellafield site

Four contractors have been appointed to a £5bn framework for the decommissioning of Sellafield nuclear site in Cumbria.

Morgan Sindall, Wood, Doosan Babcock and Kellogg Brown & Root have all won contracts from Sellafield Ltd, a wholly-owned subsidiary of the Nuclear Decommissioning Authority, to work on the project over the next 20 years.

Sellafield (pictured) is the largest nuclear complex in western Europe, with over 1,000 buildings across two square miles having to effectively be dismantled. 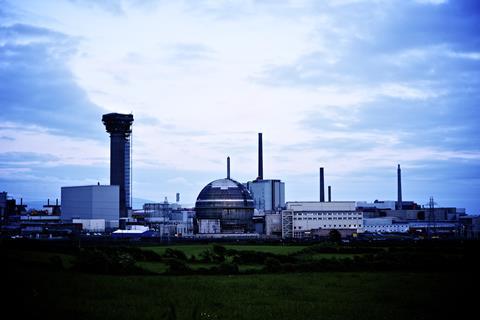 Permission to build a new nuclear facility on the site has previously been granted but developer NuGen was dismantled by its parent Toshiba, which was unable to find a financially viable way forward.

Morgan Sindall has nabbed a £1.5bn contract to manage civils construction across the site, while Aberdeen-based Wood won a £770m job as design and engineer partner.

Kellogg Brown & Root, which last month was suspended from the government-sponsored Prompt Payment Code, has been appointed integration partner, while Doosan Babcock has been named process construction management partner.

Neither firm has disclosed the value of their contract.