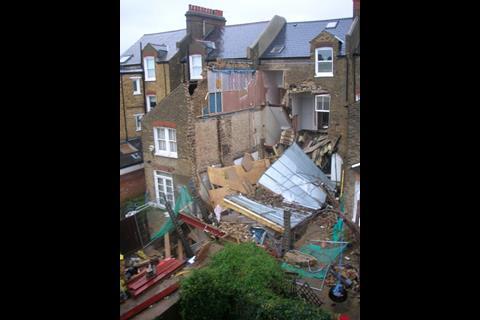 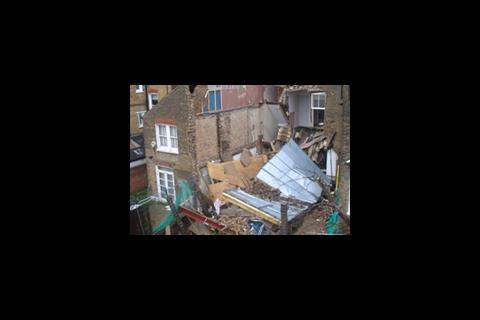 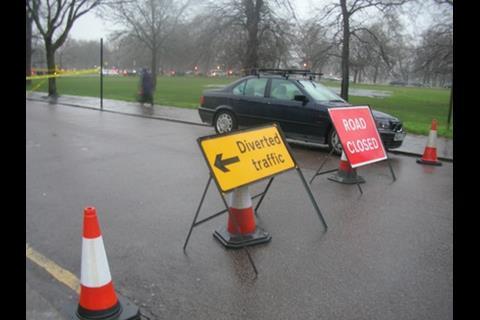 Scene of house collapse in Clapham 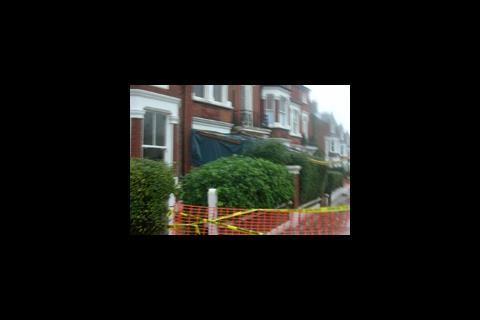 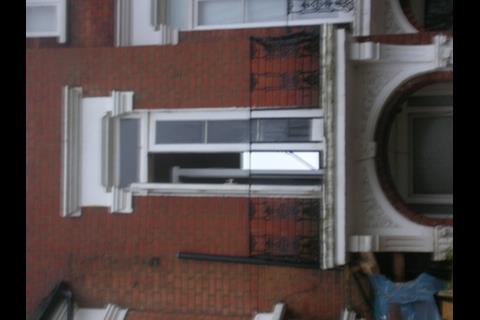 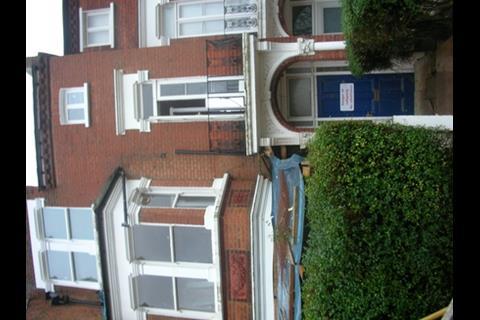 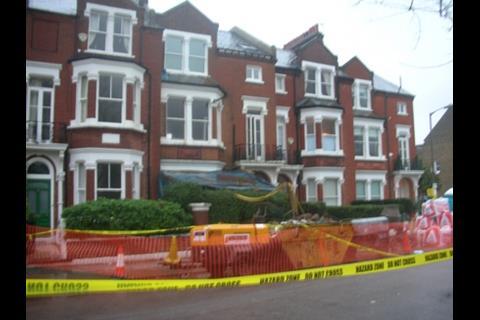 Four workers have been injured after an extension collapsed on a housing renovation in south London.

Three site workers sustained head and back injuries while one was pulled from the rubble with a serious leg injury.

All four were taken to St George’s Hospital, Tooting for treatment

Police say the house on Broxash Road, Clapham South was being renovated when the rear section collapsed.