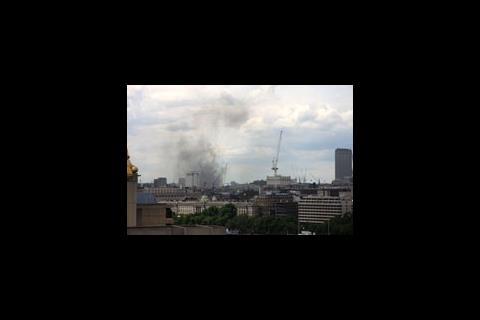 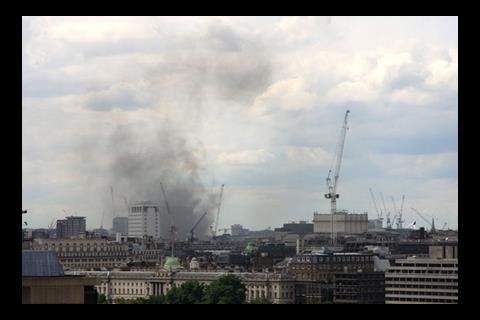 A four-storey building on Dean Street in central London has caught fire.

The fire started in the basement of the commercial office building, understood to be adjacent to the Soho Hotel.

According to the London Fire Brigade, twelve fire engines and sixty fire-fighters are on the scene. The cause of the blaze is not yet known.