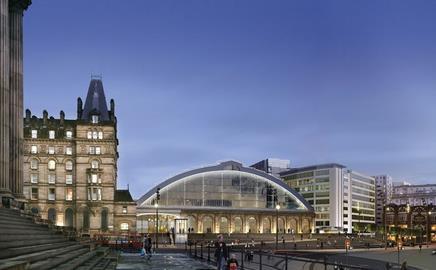 These are the first images of Glenn Howells’ revamped design for Liverpool Lime Street station.

English Partnerships submitted the new plans to the council at the end of last year. The scheme originally included a 27-storey tower, which was dropped in September last year after costs soared. Once planning approval is given, demolition will start in July this year; construction is due to start in January 2009.