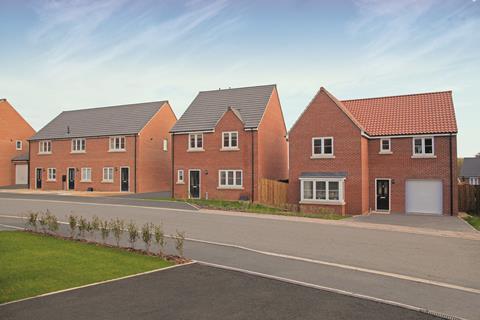 Shareholders in both companies had previously given their unanimous backing to the proposed sale, which was announced in November.

The deal sees Galliford Try offload its Linden Homes business and its partnerships division to Bovis in return for a £675m stake in the enlarged housebuilder, along with £300m in cash and a £100m debt swap.

Galliford Try shareholders will have a 29.3% shareholding in the bigger Bovis.

The companies said the tie-up would create a top-five housebuilder capable of delivering 12,000 homes a year.

In the same period its partnerships arm delivered 1,178 homes at an average selling price of £217,000. It posted an operating profit of just under £35m.

The firm said that it would be on the lookout for acquisitions “consistent with its strategic priorities”  following the sale.

The contractor had earlier confirmed the settlement of claims over its involvement on the Aberdeen road bypass, which was finally completed last February, more than a year late. Just before Christmas Galliford Try said that it had “substantially agreed settlement terms” with client Transport for Scotland, which would see it receive a cash payment of around £32m and incur a write-off of £52m.

The contractor said that the settlement on the road scheme in north-east Scotland, announced on 23 December, ended “a complex and challenging project, averting a lengthy and costly litigation process”. It reprted losses of around £150m on the job,

Galliford Try had been working with Balfour Beatty and Carillion, before the latter went bust two years ago. Bad weather in the region also held up the work.