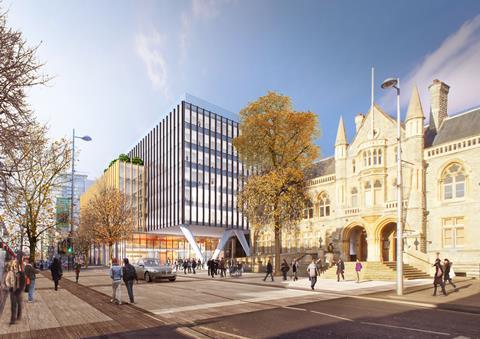 Galliford Try has signed a deal with Ealing council to build a new headquarters building for the local authority in west London and nearly 500 new homes, half of which will be affordable.

As well as new council offices and a library the £275m mixed-use scheme (pictured) will include retail units built alongside 470 new homes.

Half the affordable homes will be offered at social and London living rents.

Construction of the council buildings will be funded by monies raised via the sale of land and residential properties.

Local people will be consulted on the proposals, with a planning application set to be submitted later this year. Subject to consent being approved completion is expected by 2025.

Details of the scheme’s architect have not been revealed.