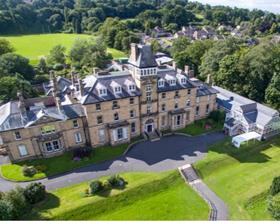 Galliford Try has been named preferred bidder for a £36m job to design and build two new schools in Hexham, near Newcastle.

The work will take place on the site of the grade II-listed Hydro building (pictured) which currently holds the high school – but new buildings will be made for both schools.

The Hydro was built as a private house in 1859 but two decades later became the site of a hydropathic hotel, where water is used for pain relief and treatment, which was reportedly visited by actor Charlie Chaplin and former prime minister Ramsay MacDonald, according to local archives.

Galliford Try, which releases its annual results on 11 September, will soon enter a pre-construction services agreement with Northumberland council, which is working with charity Hadrian Learning Trust that runs the schools.

Consultantion on proposed designs will take place next month, with planning permission expected later this year. Construction is set to start in early 2020 for a summer 2021 finish.