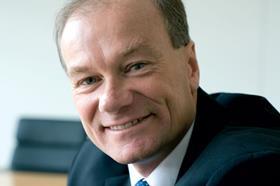 Galliford Try has won £100m worth of affordable housing contracts, the firm has announced.

The £23m contract will see Galliford Try construct 170 homes in the second phase of the 700-home development, which also includes commercial and retail elements and is part of a wider regeneration led by the London Development Agency.

Also in the east of the capital, the £52m redevelopment of the old St Clement’s hospital site in Mile End, following approval by Mayor Boris Johnson.

The scheme, for a minimum of 223 homes, includes provision of 21 homes to be granted to London’s first Community Land Trust, as well as a further 54 affordable homes.

Finally, the Homes and Communities Agency has confirmed Galliford Try as the successful bidder for the regeneration of Blackberry Hill Hospital in Bristol.

Galliford Try chief executive Greg Fitzgerald said: “Galliford Try’s strong record in regeneration projects has been instrumental in securing us these significant contracts. We will continue to work with our partners in government and the housing industry to provide much-needed affordable housing wherever we can.”