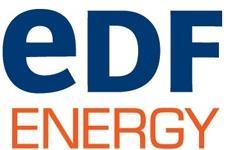 Faithful + Gould and Gleeds in line to split a £30m cost management role for EDF Energy, as the power company prepares to fire the starting gun on the £2bn construction of its first nuclear power station.

EDF, through its subsidiary NNB Generation Company, tendered in February to find two consultants for a 10-year framework for its new-build nuclear programme.

According to several sources, EDF whittled down six bidders to a shortlist of three, including a consortium of EC Harris and Turner & Townsend. Although it is understood Faithful + Gould and Gleeds have not yet been contacted by EDF, separate sources said the EC Harris consortium was told last week it had not made it to the final two.

EDF has also awarded Mace a contract to manage the submission of planning and consultation documents to the Infrastructure Planning Commission. This is thought to be Mace’s first foray into the nuclear sector.

It’s not a full re-bid, but EDF wants to see changes in some areas

The news comes as EDF has extended the scope of the groundworks packages for the first of its four reactors, Hinkley Point C in Somerset, which it originally tendered at the start of this year. It has asked contractors to reprice their bids.

The work, previously valued at about £100m, is now likely to run to between £150 and £200m. A source said: “It’s not a full re-bid, but EDF has revised the bill of quantities and wants changes in some areas.”

Bidders include consortiums of Balfour Beatty and Vinci, Sir Robert McAlpine and Costain, and Kier with Bam Nuttall.

EDF is also thought to be on the brink of tendering the delayed main civils packages for Hinkley Point C, which is likely to be worth about £2bn.

For the latest QS jobs and career tips visit Building4Jobs.