Shopping centre will be turned into luxury flats 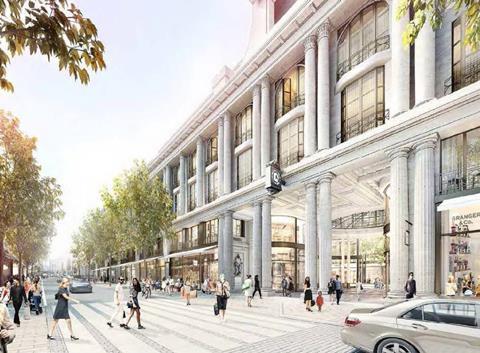 Plans for the £1bn redevelopment of Whiteleys shopping centre in West London have been approved by Westminster Council - despite fierce objections from heritage groups.

The Foster & Partners-designed scheme for joint developers Meyer Bergman and Warrior Group will see the shopping centre - which dates back to 1863 - turned into luxury flats.

Heritage groups including Historic England, Save Britain’s Heritage and the Victorian Society had objected to the plans, alongside conservation groups and some local residents.

The 10-storey development was to incorporate 103 flats and 139 basement car parking spaces along with shops, a gym, a boutique hotel, an underground cinema and a crèche. But Building understands that the conditions to be imposed by Westminster City Council will see the height of the scheme reduced, in particular the two towers to the rear of the development.

According to Barbour ABI AKT II is the civil and structural engineer on the project.