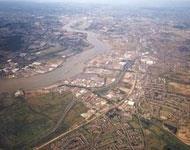 A report into regeneration of the Thames Gateway has criticised the Department for Communities and Local Government (DCLG) for its mismanagement of the project.

The Public Accounts select committee said the project will remain “a series of disjointed projects” unlikely to make a major difference unless the DCLG steps up its efforts.

It said the DCLG has only just started to put mechanisms in place for managing the programme and stakeholders have questioned its ability to make other departments prioritise it.

The select committee said the DCLG should delegate operational management of the Gateway to the proposed new regeneration agency the Communities and Homes Agency, so the department could concentrate on policy development.

It also said the department should produce an implementation plan to cost all aspects of the project, make sure it considers how the residents can benefit, establish a clear framework for monitoring its nine local regeneration partnerships and engage more local MPs, investors and developers.