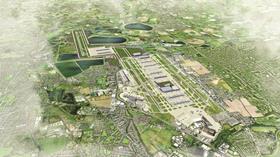 Government has put its final proposal for the expansion of Heathrow Airport in front of parliament.

Speaking in the House of Commons, transport secretary Chris Grayling said a vote on the Airports National Policy Statement (NPS) would take place within 21 sitting days.

Grayling said while the airport would be privately funded, government had set aside up to £2.6bn for compensation, noise insulation and other similar measures.

Grayling said: “This issue has been debated for half a century. My department has met with local residents and fully understands their strength of feeling but this is a decision taken in the national interest and based on detailed evidence.

“Today, I am laying before parliament our final proposal for an Airports National Policy Statement which signals our commitment to securing global connectivity, creating tens of thousands of local jobs and apprenticeships and boosting our economy for future generations by expanding Heathrow Airport.”

Grayling also said given the airport was operational and run by a single body, it appeared to him that Heathrow was the only body who could realistically deliver this scheme.

He said his department would be working closely with Heathrow in order to meet the target date of 2026.

Grayling says the process to move the scheme forward involved the Commons having to approve the government’s plans and then a much more detailed planning permission having to be approved.

The controversial scheme is expected to face serious opposition from both within and outside the parliament, with Grayling saying even if the NPS is approved in the Commons he expects the proposal to end up in court.

Shadow transport secretary Andy McDonald, did not indicate whether the Labour party was supportive of the plans, saying his party would have to run its own tests over the NPS.