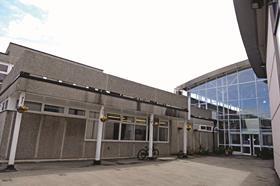 The government has committed a further £2bn to its flagship school building programme, although the funding will not be made available until after 2015.

Schools minister David Laws today said the government would commit £2bn in capital funding over the next spending review period, from 2015-2021, for the second phase of the Priority School Building Programme (PSBP).

Laws said the next phase of the PSBP would draw on data collected through the Department for Education’s school condition survey, which is being undertaken by consultants Capita, Davis Langdon and EC Harris, but has been hit by delays and cost overruns.

Laws said the survey, initially meant to be completed last October, would now be completed by “this summer” and would act as a “useful tool for targeting the available resources most effectively”.

He said the new funding would be focused both on rebuilding whole school estates, as well as individual school buildings within estates.

The current £2bn PSBP programme was launched as a replacement for the £55bn Building Schools for the Future programme in July 2011 and includes 261 schools that were identified as most in need of improvement.

Around £1.75bn of the original programme was set to be funded through the government’s new private finance model, called Pf2, but this was slashed to just £700m after struggles to source private sector finance, with the remainder made up through capital funding.

The additional £2bn in funding announced today is capital funding, with no private finance element.

DfE said details of how schools would be selected for the next phase of the PSBP would be published “shortly”.

Laws said that of the 261 schools in the programme, 28 schools were now either under construction or open, with design work underway at 234 schools. The DfE has said that all of the school projects in the programme will be completed by the end of 2017.

Stephen Beechey, managing director of the education and investment sector at Wates Construction, said the funding commitment was “positive”.

“The wider issue of schools which either just missed out on the first tranche of funding, or needed significant repairs rather than a full rebuild, still needed to be urgently addressed.

“For contractors, although greater clarity has been needed over work, the pipeline of available jobs has now expanded, hopefully allowing firms to co-ordinate their efforts and plan ahead that much more efficiently.”