‘Half a percent is not a business model that is investable’, says head of new Construction Innovation Hub

The man the government has charged with transforming the construction sector says contractors should be making margins of 5% if they are to break out of the boom and bust nature of business which has dogged the industry for years.

Keith Waller’s comments come in the wake of a grim 18 months for construction which began with Carillion’s collapse last January and has included Interserve falling into administration while ongoing financial problems continue to dog the country’s second biggest contractor, Kier.

Speaking to Building, Keith Waller (pictured), who is heading the government-backed Construction Innovation Hub, said margins of 5% should be in reach of companies collectively turning over billions of pounds. 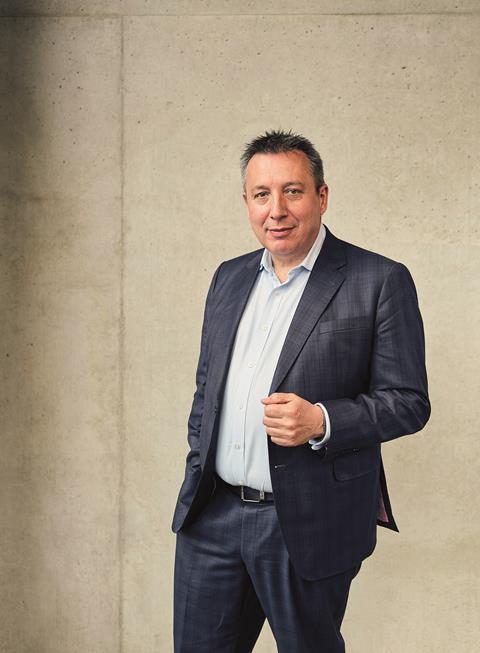 He said: “The top 20 contractors in the UK make an average profit margin of about 0.5%. That needs to be about 5%. Half a percent is not a business model that is investable.

“That will be delivering better value for money and making those businesses more sustainable and competitive in the long term because they can invest in R&D. I want the industry to be more profitable and more sustainable.”

Waller’s organisation has been given £72m as part of last year’s construction sector deal. This was unveiled last summer and has set the industry a series of targets over the coming years which include reducing the time it takes to deliver new build schemes by 50% by 2025 and targeting 25,000 apprenticeship starts by 2020.

But Waller, who took up the role last November, warned that contractors hoping to get bigger pay cheques from clients should think again.

“It doesn’t mean we pay more,” he said. “I think what it means is we should be able to deliver projects for less.” He said profits firms make should be ploughed back into making firms and processes more efficient, echoing a call made by the Construction Leadership Council this week in a report on the future skills crisis gripping the industry.

Waller also said consultants and architects needed to rethink the way they did business too with the pair operating on a business model based on outputs and products rather than billable hours.

He said: “If you look at architects, after going through seven years of training, and they’re very creative people, they don’t want to be spending all their time doing routine automated tasks like door schedules for new buildings. They’re things that can be done automatically.

“The challenge there is how do you make sure those architectural practices are sustainable and profitable to do the magnificent placemaking design that they do without having to rely on selling man hours doing routine tasks.”

He said a key part of the process that needed to change was the pre-construction phase. “No one has ever wasted time at the start of a project by trying to set it up properly. No one’s ever said: ‘I wish we hadn’t bothered’.”

Waller has been working for the government since 2010 and began his career with Taylor Woodrow in 1986 before moving to Costain 20 years later.