The government wants to increase the sustainability of non-residential built assets and has launched two consultations seeking industry input.

The first consultation centres on the introduction of a performance-based rating framework for large commercial and industrial buildings in England and Wales, while the second is exploring how best to improve the implementation and enforcement of the non-residential private rented sector minimum energy efficiency standards. 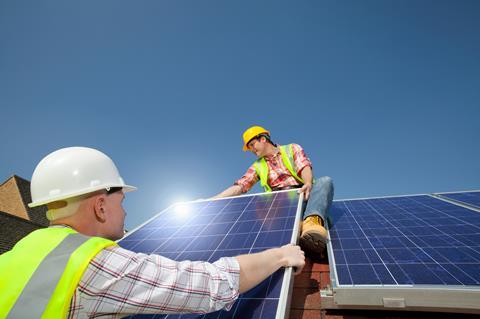 The consultations close in June

Taken together, these policies cover 80% of energy use, and associated carbon emissions, from the commercial and industrial buildings stock.

The first consultation sets out the government’s proposals to introduce a national performance-based policy framework for rating the energy and carbon performance of commercial and industrial buildings above 1,000m² in England and Wales, with annual ratings and mandatory disclosure as the first step.

These proposals aim to build on international best practice and have been developed in close collaboration with industry.

The government is particularly looking for responses from owners and tenants of commercial and industrial buildings above 1,000m², investors, asset managers and lenders, energy consultants, facilities management companies and businesses involved in retrofit of these buildings.

The second comes off the back of the government’s 2019 consultation on a future regulatory target for the non-domestic private rented sector regulations of EPC B by 2030, which gained large support.

As a result, the 2020 Energy white paper confirmed that the future trajectory for the non-domestic minimum energy efficiency standards will be EPC B by 2030.

Responses to the earlier consultation raised issues with how existing minimum energy efficiency standards have been implemented, so this consultation sets out proposals to improve the implementation and enforcement and ensure the policy can be delivered in practice.

She said NABERS has meant that commercial buildings in Melbourne are now between two and four times as efficient as their London equivalents.

But Hirigoyen said there were a number of factors missing from the two consultations.

She said: “One key element of the Australian scheme is missing from today’s proposals – a commitment that central and local government will only occupy buildings with a high rating. Making that commitment would send a clear message to the market that lower-rated buildings must improve or risk being unlettable.

“We also welcome today’s confirmation that by 2030 no non-domestic building can be let that doesn’t meet a high energy efficiency rating (EPC B). But proposals for improving enforcement fall short of what’s needed to signal to unwilling landlords that non-compliance is no longer an option. We need a national landlord register and seed-funding for cash-strapped local authorities to help them ratchet up enforcement activity.”

Both consultations close on 9 June.