The government has not properly consulted the timber industry in drawing up its guidance for combustible materials for use in construction, one of its advisors has said.

Structural Timber Association chief executive Andrew Carpenter said that the government had failed to sufficiently consider the “facts, evidence and test results” supporting the safety of using timber in buildings.

It comes a week after it emerged that a Stirling prize-winning housing block in Cambridge designed by Feilden Clegg Bradley Studios had failed a fire safety assessment because it contained timber. 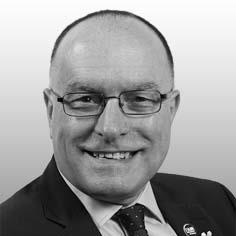 Residents of The Glass Building, part of the Accordia development which won UK architecture’s top prize in 2008, say they are facing financial ruin after what is understood to have been an EWS1 survey said the block’s timber balconies would need to be replaced because they are supported by oak beams.

The industry is currently waiting for a response from the Ministry of Housing, Communities and Local Government on a consultation on defining what is considered a combustible material.

Meanwhile, many insurers have been reluctant to sign off buildings as fire safe because of the uncertainty about what future regulations will look like.

Carpenter told Building that while he understood the importance of clarifying fire safety of materials after the Grenfell Tower fire, decisions on timber are being made on “emotion and politics”.

He added: “We need to be absolutely using facts and evidence and science in making decisions and I think there’s a lot of what I call emotional or political decisions being made. I think that’s what we’re up against at the moment.”

Carpenter, who also sits on the Construction Leadership Council’s net zero board, added that he was trying to secure meetings with politicians including London mayor Sadiq Khan “to talk them through the solutions to some of the fire issues that they perceive”.

While he declined to comment on the Accordia block in Cambridge, he said it was vital to fully understand the behaviour of any construction product in relation to fire resilience and how the combination of a variety of components behave before making remediation plans.

Last week, the Confederation of Timber Industries (CTI) emailed its members asking them to persuade their MPs to join a new All-Party Parliamentary Group (APPG) representing its interests.

The letter warned that timber was at risk from lobbying from representatives of other construction products industries, which “aggressively push against sustainable construction”.

Carpenter, who sits on the CTI’s board, said that timber was the construction industry’s “silver bullet” because of its green credentials and that clients needed to be given the confidence to use it.

“The perception is that they are not meant to be using it, because I believe that some people are misinterpreting the regulations and there’s this nervousness in some quarters to use [of timber].”

The APPG had been defunct since its previous chair, Labour MP Martin Whitfield, lost his seat in the 2019 general election. The new chair is Conservative MP David Warburton, who will lead the group’s first meeting later today (Monday).