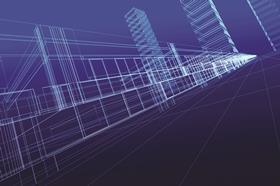 The government is not enforcing its BIM level 2 mandate just over a year after it came into force, according to over half of respondents to a BIM survey by technical information provider NBS.

The survey of over 1,000 industry professionals published this week and shared exclusively with Building, found 51% agreed the government had not lived up to the target. Only 9% believed it had.

Under the mandate, all public contracts procured by central government departments needed to be BIM level 2 compliant from April last year.

Adrian Malleson, head of research, analysis and forecasting at NBS, said he was shocked by the result: “Some of the things which were said surprised me. About half [of respondents] say the government is not enforcing the mandate.”

Belief in the industry’s own ability to deliver on the mandate was also low, with only 19% of those polled agreeing that construction had taken up the challenge, compared with half who said it had not.

But other parts of the survey pointed to increased awareness and take-up of BIM in the industry, indicating the government’s BIM policy had nonetheless helped drive increased adoption.

More than six in 10 (62%) respondents now use BIM, up from 54% in last year’s survey. The eight percentage point jump in BIM usage was the biggest recorded by the survey since 2014.

Of those firms that do use BIM, most are convinced of the benefits, with 70% saying BIM will help bring cost reduction, while 60% believe BIM will help save time.

Mark Bew, chair of the government-backed Digital Built Britain programme and chairman of engineering consultancy PCSG, said the survey showed good progress: “The fact that the results [of BIM uptake] are so good means that everyone is making a fantastic effort and we should celebrate that.

“Clearly the supply chain and clients are on a common learning curve and everyone is learning together.”

Andy Radley, group director for BIM at contractor Kier, said the firm’s own roll-out of BIM was reaping commercial rewards: “We’ve seen a 90% increase in demand for level 2 projects over the past 18 months, across both public and private sectors.”

To register for a free webinar on NBS National BIM Report 2017: key findings and analysis, on Friday 19 May, click here.