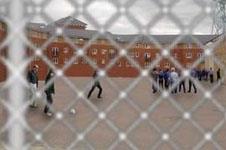 The government has unveiled plans to build three giant “Titan” prisons by 2014.

Justice minister Jack Straw told parliament he had secured an extra £1.2bn in funding for a building programme to increase jail capacity to 96,000 over the next six years.

He was outlining recommendations from a six-month report carried out by Lord Carter, which urged the government to accelerate its prison building programme.

The peer said three large-scale prisons, each of which would house 2500 offenders, should be built by 2014. They would provide better value for money and shorter overall construction timescales than a number of smaller sites, he said.

The review said that new prisons should be built in the places where space was in shortest supply – namely, London, the West Midlands and the North West.

Lord Carter added that 6500 prison places were needed by the end of 2012 in addition to the expansion already planned.

He said short-term measures were also needed to tackle the immediate problem of prison overcrowding including quick building on existing prison sites.

The review comes as prison numbers in England and Wales hit an all time high of 81,455. The government has been forced to give early release to 11,000 offenders since June due to a lack of cells.

Other key recommendations in the report include the establishment of a Sentencing Commission to improve transparency in the criminal justice system.