The government is to press ahead with controversial reforms of rules covering how off-payroll freelancers are taxed, including consultants and sub-contractors in the construction industry.

Last year ministers announced that from 6 April this year it planned to extend to private companies a series of reforms to IR35 covering the public sector which had been introduced in 2017. 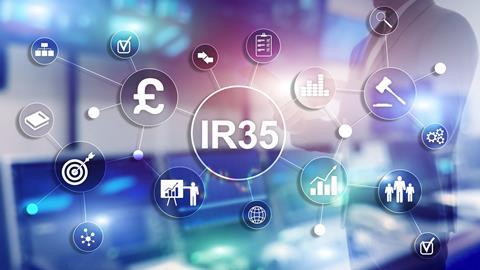 The proposed reforms caused consternation across the industry, with some describing it as “crippling legislation”, while others warned that some long-term contracts would be hit.

Announcing the latest changes were going ahead as planned, the government argued it was right to address what it called “the fundamental unfairness of the non-compliance with the existing rules”.

But HMRC said firms would not face fines for errors relating to off-payroll in the first year, except in cases of deliberate non-compliance.

Announcing the 12-month grace period, the government said it recognised that “shifting responsibility for determining employment status is a major change for employers and other organisations that use contractors and contingent labour”.

>> Analysis: Is IR35 this the end of the road for the freelance?

IR35 was first introduced in 2000 but the government argued it had not been effective, with loopholes costing the Treasury in excess of £1.3bn a year.

Ministers said compliance in the public sector had improved since the reform was introduced in 2017, boosting the government’s coffers by £250m in the first 12 months.

Change has been long-overdue, according to some observers. Michael McCartney, a partner in the employment department at law firm Fladgate, told Building earlier this month: “HMRC’s assessment that only around 10% of contractors comply with the current IR35 rules is a clear indication that reform is needed.”

But many fear that by insisting on an implementation date of 6 April there will be unintended consequences for the self-employed section of the labour market.

“While applying a ‘light touch’ to reform for the first 12 months has been welcomed, this is a red herring. It only applies to ‘penalties’, not necessarily tax liability owed as a result of inaccurate IR35 determinations. Therefore, private sector companies should not pay too much attention to this.”

And Dave Chaplin, chief executive of ContractorCalculator and director of the Stop The Off-Payroll Tax campaign, said the Treasury had taken a “typical tin-eared approach”.

The government had ignored valid concerns of businesses that were already suffering considerably due to legislation which Chaplin described as “unworkable”. He added: “The art of taxation was supposed to be about plucking the goose with the minimum amount of squawking. You’re not supposed to kill the goose.”